The Made Man Detroit

This event has passed. 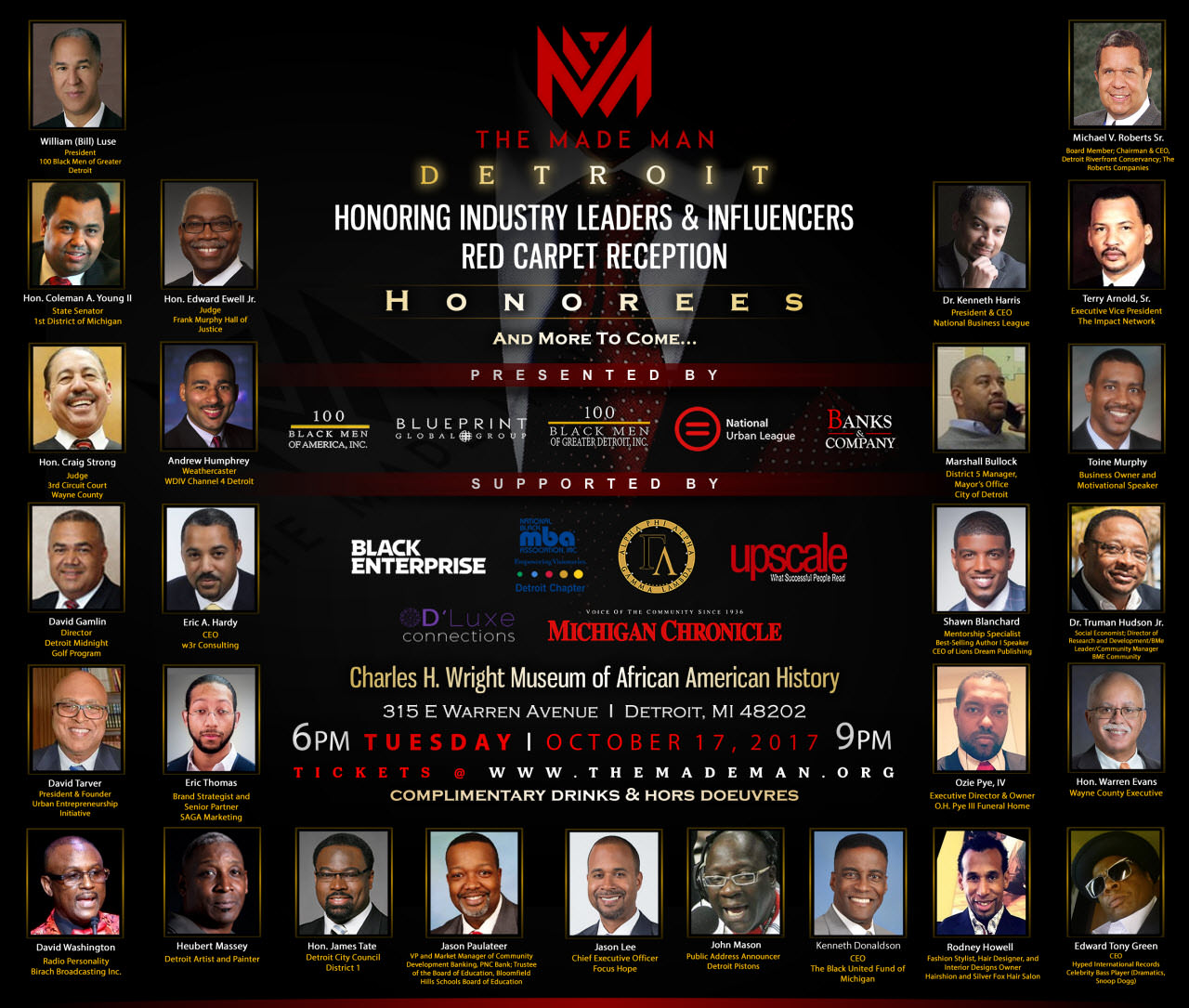 The Made Man Detroit

DETROIT, MI – On Tuesday, October 17, 2017, The Made Man arrives in Detroit, MI to honor over 30 African American male leaders and inspire, educate, and suit underserved men. Honorees will participate in a day long series of activities including mentorship and workshops, a suit for success clothing drive, and an honoree press conference and reception at the Charles H. Wright Museum of African American History, 316 E. Warren Avenue, Detroit MI, 48202 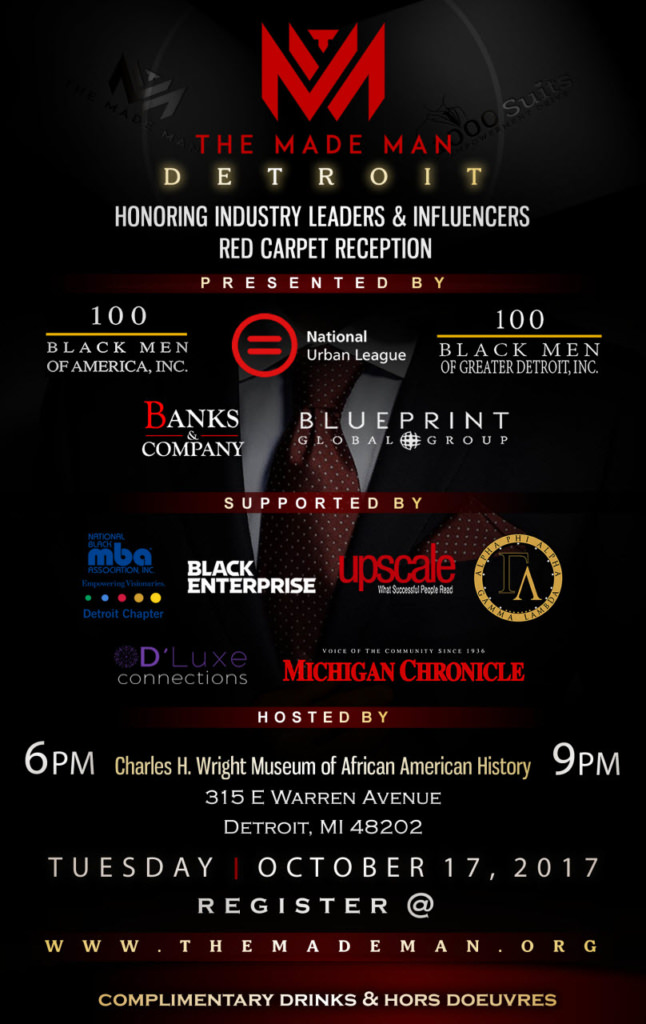 This star studded event will have the presence of notable influencers in the professional concentrations of business, politics, law, medicine, civil rights and entertainment, to name a few.

The Made Man (“TMM”), which was founded by President & CEO Ky Dele of Blueprint Global Group, in partnership with the 100 Black Men of America Inc., is a national multi-tiered corporate & community engagement initiative designed to honor the extraordinary achievements of notable male figures.

The undeniable influences of these men of distinction have sparked great admiration for their leadership, lifetime achievement, social consciousness and their significant contribution to community empowerment. This national initiative provides a collaborative platform that gives allowance for honorees to volunteer their resources in order to provide empowerment tools for under-served men and students. The resources that are allocated from the program are disseminated through motivational mentoring workshops, educational scholarships and the donating of professional business attire.

At press time, Ky Dele states “I created The Made Man to celebrate and brand African American men in a positive light, whom continue to rise by upholding the principle of giving back and empower future made men as a lifestyle and responsibility.” Dele continues, “The Made Man is a platform to bridge the gap between inspirational, aspirational and underserved men for greatness, legacy and leadership.”

Mentoring Workshops and Impact: 9:00am – 12:00pm
Community empowerment mentoring and motivational workshops with the honorees speaking at local schools and community-based organizations.

Honoree Reception and Suit Drive Collection/Presentation: 6:00pm-9:00pm
Items received will be donated to local Detroit, MI charities. ‘A Taste of DETROIT ’ hors d’oeuvres and cocktails will be served.

Full List of 2017 The Made Man Honorees in Detroit, MI