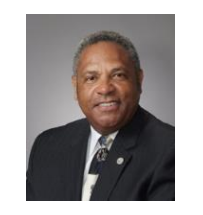 William “Bill” Hill – Bio
William “Bill” Hill is the President of the Garland-Hill Agency, Inc. and
Public Sector Manager for the Michigan Premier District of Colonial Life &
Accident Insurance Company. In this role, he is responsible for group
development and oversight of all Public Sector and Commercial accounts in
the Michigan Premier District. In 1985, Bill was responsible for securing the
initial account relationship with the American Federation of Government
Employees (AFGE), the Largest Federal Union. In 2002, this relationship
evolved into a Colonial Life account servicing Federal Employees throughout
the nation. In 1987, Bill secured the contract with Michigan’s Largest City
Government, the City of Detroit and in 2002 obtained the contract with
Greektown Casino, all accounts that are still active to-date.
Bill joined Colonial Life in 1981 after spending 10 years in the insurance
business. Bill is a 10 Time Presidents Club Winner, Circle of Honor Recipient,
4 Time National Public Sector Office of the Year Award Winner, and has
attended 23 Leaders Conferences for Colonial Life’s top achievers.