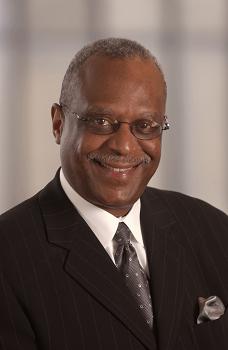 Farmer held numerous positions during his 38 year career in public relations, advertising, sales and marketing and communications. His assignment took him from Dayton, Ohio to St, Louis and Kansas City, Missouri before being promoted to his assignment in Washington, DC. He was assigned to Detroit, Michigan before being promoted to Vice President Communications, Saturn Corporation in Spring Hill, Tennessee.

Farmer is a graduate of Central State University, Wilberforce, Ohio, where he earned a Bachelor of Science degree in marketing in 1967. He served as president of the Dayton, Ohio Central State Alumni Chapter, and as National President of the General Alumni Association. He completed the Executive Education Program at the Fuqua School of Business, Duke University.

Farmer is a member of numerous educational, automotive and professional organizations, including the Executive Leadership Council, the Arthur W. Page Society, Public Relations Society of America, the National Association of Black Journalists, and the National Press Club in Washington, D.C. He was a founding member of the Washington Automotive Press Association.

He is President of the Presidential Scholars Foundation in Washington, DC, and an advisor for Hampton University School of Business. He also serves as chairman of the Urban Youth Racing School in Philadelphia. He is a trustee, Central State University Foundation, Wilberforce, Ohio.

In 2002, President Bush appointed Farmer to the President’s Committee on the Arts and the Humanities. In June 2004 he was awarded the Presidential Medallion from the White House Commission on Presidential Scholars for his outstanding support of the scholars programs. In 1998, the Commission presented Farmer with the Lyndon Baines Johnson Award for his outstanding contributions. In January 2005 Farmer was elected to the board of trustees of the National Foundation for the Advancement in the Arts.

Farmer is on the Board of Advisors at the Harvard School of Divinity Summer Leadership Institute, Cambridge, Massachusetts and the Thelonious Monk Institute of Jazz in Washington, DC. He also served on the National Board of Advisors Development Team, planning the commemoration of the 40th Anniversary of the John H. Johnson School of Communications at Howard University, Washington, DC.

Since retiring Farmer has presented the President’s Committee on the Arts and the Humanities in Paris, France, Vietnam and India and most recently in China, as part of a Global Cultural exchange program, with the U. S. Department of State and the Theolonious Monk Institute of Jazz.