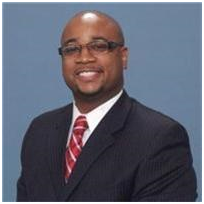 Julius is a lifetime resident of the Metropolitan-Detroit area. After attending Northwestern High School, he went on to attend Davenport University graduating with honors earning a Bachelor’s of Business Administration in Finance. During his time at Davenport, Julius began to realize the importance of community outreach. Not only to inform, but to enable and empower.

Julius joined the Merrill Lynch Global Wealth Management Group in February of 2000.  In February of 2015, Julius became a principle in the Aubrey Lee, Jr. and Julius Readus Group.  For generations, Julius’s team has delivered a personalized wealth management experience to affluent families across the country.  True to his belief of enabling and empowering, Julius conducts Financial Literacy workshops throughout the Metropolitan-Detroit area. The educational workshops are held at venues that are easily accessible to inner-city residents such as, churches, public libraries, and community centers. With an emphasis on economic empowerment and taking ownership of personal finances, the workshops are of no cost to attendees. Julius has served on the Board of Directors of several non-profit organizations and entities in the Metro-Detroit Area including the Southfield Public Library Board of Trustees, The Children’s Center, Legacy Associates Foundation, and Phi Beta Sigma Fraternity Incorporated.  Julius is a 2016 New Leaders Council’s Fellow, and was recognized as a 2017 Men of Excellence Awardee by the Michigan Chronicle.